The history of the air compressors

You’ve been using that air compressor for quite awhile. By now, it’s safe to say that you’re already familiar with its ins and outs. Air compressors are wonderful machines, allowing you to inflate tires and do your own custom paint jobs among other things. But have you ever wondered about the history and roots of these machines?

Air compressors have quite an interesting story. Most people are used to the idea of the electric-powered air compressor of modern times. How would you react if somebody told you that air compressors, or at least their concept, can be traced back to the Middle Ages?

Bellows and the Human Lung 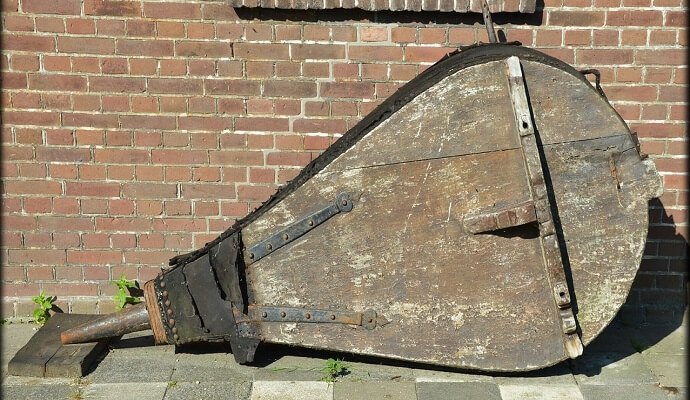 Let’s sit back and study the basic process of how an air compressor generates air. It takes in air from the outside, compresses it, and blows the pressurized air out of the exhaust.

Does that sound familiar? Now, inhale and exhale. You’ll find that an air compressor works just like your lungs do.

That’s right—the first ever air compressor in history is the human lung. For thousands of years, man relied on his lungs to produce air for stoking fires. However, as human beings, we have a limitation—we don’t produce enough oxygen and pressurized air for high temperature applications.

No matter how many people blew air into forges, not they still could not stoke the fires at hot enough levels to tools and weapons made of steel. People’s lives and jobs depended on such contraptions in the Middle Ages, so a solution was needed.

So, they created the bellows - a primitive yet totally effective tool for producing air strong enough to bring the fire in the forges to the desired temperatures.

This is how the bellows worked. The steelsmith engages a valve on the bellows’ handle, and then pulls both handles until the contraption is opened wide. As the bellows are opened wide, air is forcibly sucked into the device. The operator then closes the device by closing the two handles, which blows out high-pressure air into the flames.

Things may have changed well into the future, but the basic concept remains the same. Your air compressor is basically just a mechanized version of your own lung.

Compressed Air in the 17th Century

It would be several centuries before the progenitor of today’s air compressor would come into existence. In 1650, a German physicist and engineer by the name of Otto Von Guericke would invent what he would call the vacuum pump.

This invention, however, was more academic in nature. With the vacuum pump, Von Guericke showed his contemporaries the many uses of compressed air. This would eventually pave the way for the development of various engineering creations that would serve as “ancestors” of today’s air compressors.

English inventors John Smeaton and John Wilkinson would follow suit with their own devices a century later. Smeaton is credited with the development of a hydro-powered blowing cylinder -- essentially a larger-scale bellows mechanically operated by an automatic water wheel -- in 1762.

Wilkinson, on the other hand, invented a powerful engine that could produce compressed air with pressures of 14.5 pressure per square inch or psi. This machine first appeared in 1776.

Since then, devices that made extensive use of compressed air were applied to various groundbreaking projects of that time. Did you know that the Mont Cenis Tunnel was constructed with the use of air compressors? The machines shortened the project turnaround time by 16 years!

The next time you power up that air compressor, think about the long history of such machinery. It’s a testament to how creative the human mind is when it comes to addressing necessity.