How to stop your air compressor from rusting and corroding

Wear and tear is something you can’t avoid with any machine. The key is to knowing how to maintain your equipment, such tha­t you can prevent the long-term effects of regular use and prolong the lifespan of your machine.

When it comes to air compressors, your biggest enemy is rust. Rust leads to corrosion, and a heavily corroded air tank is simply put, a time bomb waiting to explode. When you over-pressurize the rusty tank of your compressor, you run the risk of the tank exploding on you.

But how do you prevent your air compressor from rusting? First, it helps to understand how rust develops in the first place.

How does rust develop? 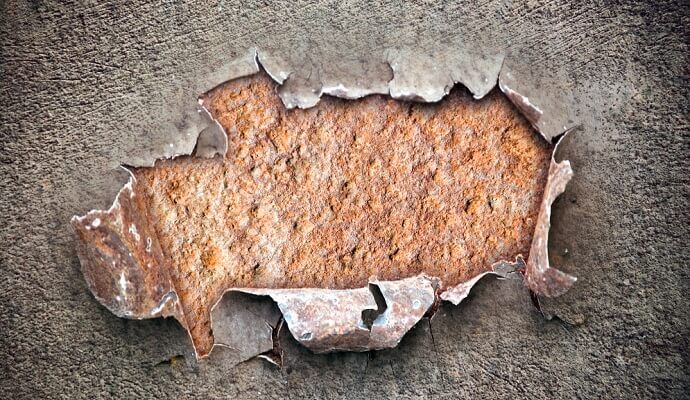 Rust is a result of a chemical interaction between hydrogen atoms (water), iron and oxygen. Now, when you produce air at high pressure, as is the case with an air compressor, you form water vapor. While 90% of this water vapor finds its way out of the nozzle, the remaining 10% could condense and turn into liquid inside of the compressor tank.

This condensation, when left unchecked, produces the chemical reaction creating rust. That’s why a spotless tank on the outside is never an indication of its actual health. Inside, the iron could very well be eaten away by rust.

Rust is highly corrosive. Soon enough, it could cause small punctures in the tank that can cause air to escape. Worse, the integrity of the tank is compromised. You’re basically holding on to a time bomb without knowing it.

Is It a Good Idea to Remove the Rust?

When you attempt to take out rust, you’ll have to scrape at the surface of the tank to remove it. You are basically corroding the tank yourself. Plus, the tank has to be disassembled. Who knows whether the tank will be able to withstand the pressure without exploding?

In short, you’re basically compromising your own safety by attempting to de-rust the tank. If you have a badly corroded tank, it’s best to replace it instead of trying to restore it back to its “rustless” condition. Your safety and that of the people around you are at stake, after all.

Prevention is Better than Cure

Again, wear-and-tear is inevitable. Given enough time, even a well-maintained air compressor will develop rust at some point. What you can do, however, is slow its development.

Here are some ways through which you can deal with rust. Better yet, these are steps that you can take to prevent rust from forming and corroding your air compressor tank.

This is the best advice in the books - drain your tank regularly. As we mentioned earlier, 10% of water could condense and accumulate at the bottom of the tank. This is the source of rust. Your best defense is to drain the tank after every operation.

When you are able to prevent rust from forming, you are also prolonging the life and the usefulness of your air compressor tank. This is one of the ways through which you ensure that it outlives even you!